a vibrant glimpse into Portland’s
unique arts and music culture. 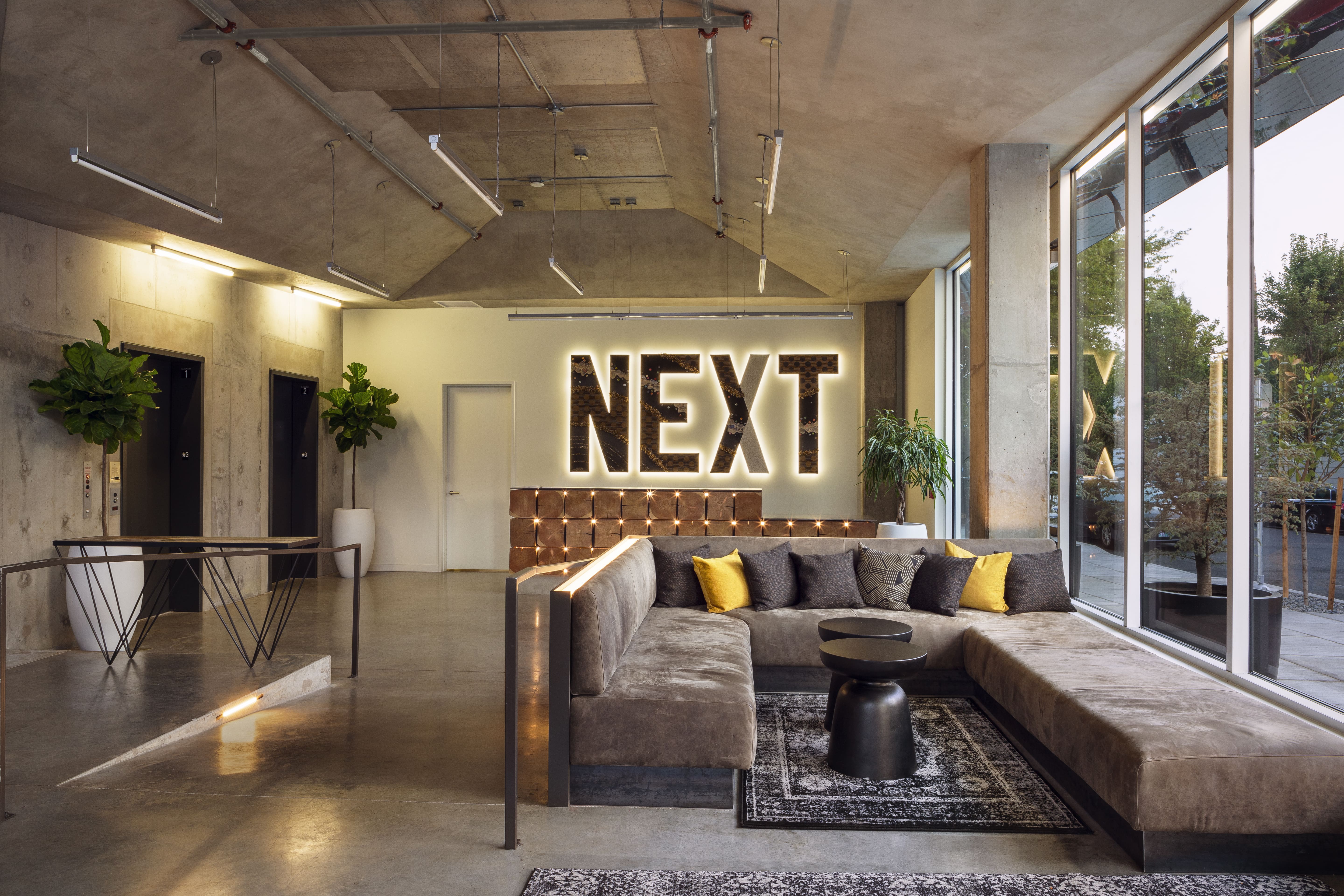 Jupiter NEXT is a newly-built 6-story structure with interior hallways. The NEXT brings elevated, urban vibes with intentional minimalism in all spaces. Our upscale setting complements Hey Love's lush atmosphere allowing you to join in when you want and escape whenever you need.

Book a room at the next 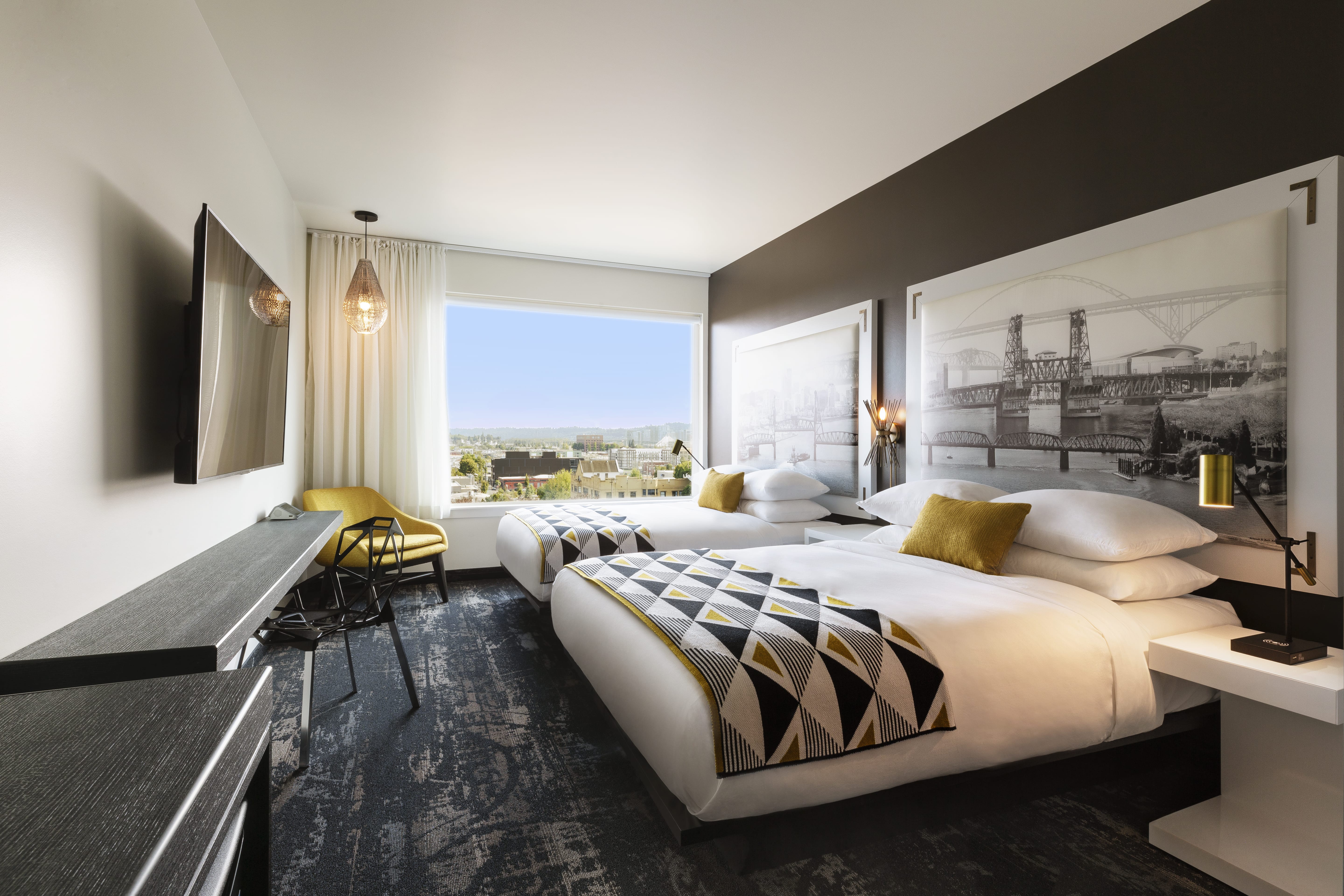 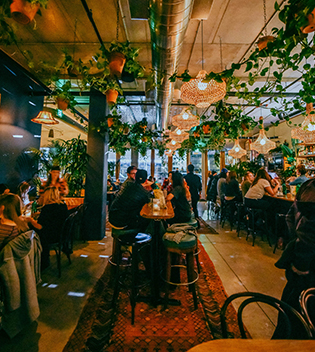 The Jupiter Original is a 2-story 1960s converted motor lodge. The Original's lively atmosphere comes with mandatory in-the-middle-of-it-all vibes. We encourage inclusivity of the non-conforming, the alternative, and everyone in between, as we set the stage for self-expression and an opportunity for you to be you.

Book a room at the original 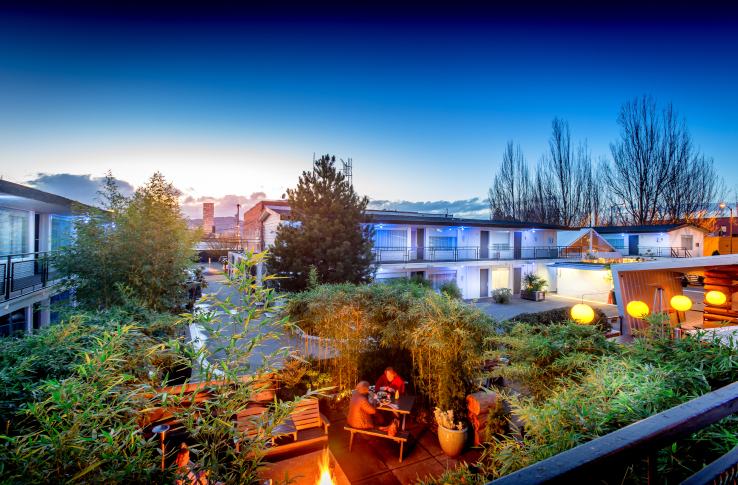 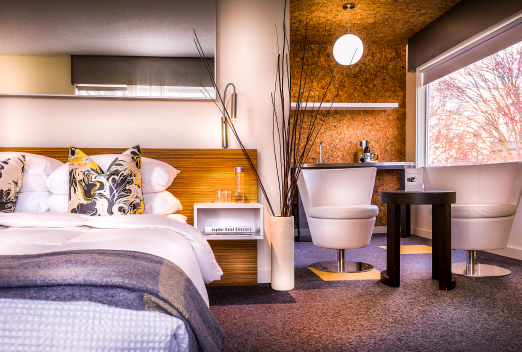 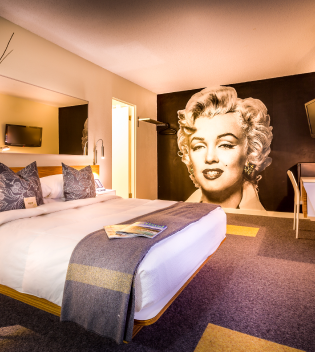 Once Upon a Time...
There lived a lonely, run-down motel on a dark, empty, street. 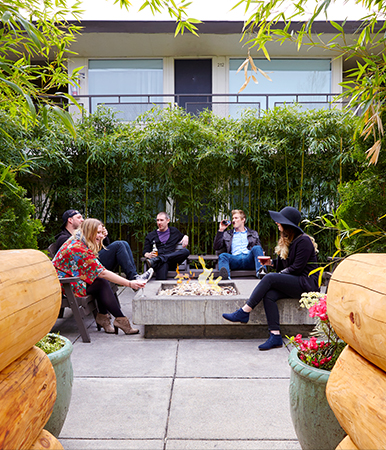 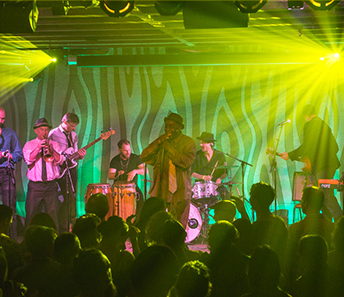 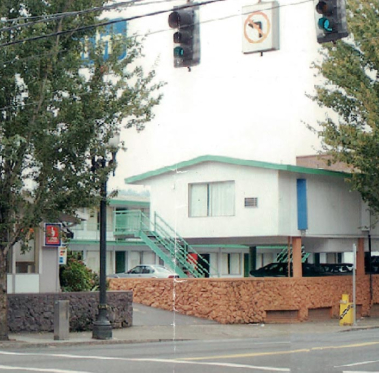 Despite its seedy reputation, in 2002, a new heroine arrived on the street with a dream in her eyes and a team by her side. Kelsey Bunker and her business partner, Tod Breslau, took a chance on a site that most said couldn’t be developed. She brought in a music venue, the Doug Fir, that became an iconic Portland institution; hired an upcoming architect, Skylab Architecture, to implement the vision; and, over the course of two years, a transformation took place as the Jupiter Hotel dream came to life. The rundown motel was rebuilt, and a decaying Eastside neighborhood evolved into one of the most artistic and culturally vibrant scenes in Portland.