This is not an exhaustive list because we're actually really excited about ALL the performances at this year's long-awaited return to a true TBA Festival (last year's was great but COVID put a damper on most events). If you're into the weird, wild, emotionally vulnerable, wacky, or any other descriptor you can think of for these deep and reaching pieces of contemporary performance work, you're guaranteed to find something worth watching at Portland Institute for Contemporary Art's Time-Based Art (TBA) Festival. For 20 years, PICA has been bringing experimental and contemporary performance to Portland from all over the world. Before you get a pass and make a plan, make sure you...

​​Writer Sylvan Oswald presents High Winds, a performance text about a trans man whose insomnia sparks a fantastical search for his estranged half-brother through hallucinatory desert landscapes. Gas stations, local legends, and unlikely rock formations become terrain for explorations of fear, fantasy, masculinity, and what lies “deep inside America.” Video by Katherine Freer and an electro-acoustic score by JJJJJerome Ellis set an otherworldly tone. Based on the 2017 book by Oswald.

NOTHINGBEING is a project initiated by choreographer Takahiro Yamamoto, and developed in collaboration with Samita Sinha, David Thomson, and Anna Martine Whitehead. Placing three performers in the center, this project addresses the notion of nothingness and "being" from multiple modalities such as moments of highly physical movement, a communal meditation, and internal activation of sensory memories. How can we allow ourselves to shed our protective layers to feel our core existence? How could we unlearn together? What does the presence of nothingness and "being" feel like? In this multifaceted process, this project hopes to underline the value in nothingness to re-recognize the complex presence of our subjectivity, the consequences of forced dismissal/erasure in society, and the importance of our agency in nothingness to empower our way of “being.”

The first in a series, this episode premieres a musical film about a mysterious and transformative encounter, showcases an in-studio performance by vocalist and composer Holland Andrews, and features a conversation between Holland and Joseph. Featuring new works, exclusive performances, and intimate conversations about life and art, this new music and variety program embraces the idea that with moments of uncertainty comes a weird invitation to dream. The program’s name is inspired by Cave of Harmony, Elsa Lanchester’s 1920s London nightclub.

jaamil olawale kosoko’s meditative multi-channel film and installation Syllabus for Black Love serves as the ship inside which the multimedia performance the hold is positioned. Through rhythmic and restorative gestures, the hold creates a perceptive and somatic experience for both performer and audience. Merging fabric, lighting, time, and sound art as sculptural material within, Syllabus for Black Love, the hold is an embrace, a place, a time between time. This performance—featuring an alternating ensemble of performers/doulas—is a slippery, emerging, chameleonic practice rupturing the borders of reality, theatricality, and the digital realm. Jumping through and bending the time-space continuum, the hold behaves as both arrival and exit—a birth passage into the nuance of Black lives attempting the critical and alchemical work of self-examination, discovery, and becoming.

Adrienne Truscott's THIS | September 10 8pm Only

Adrienne Truscott's Bessie-nominated work THIS is propelled by both blistering satire and choreographic composition as radical tools for capturing and holding an audience's attention. Truscott mines her own genre-straddling oeuvre—as comedian, choreographer, cabaret performer, performance artist, and activist—in a brash, non-linear confessional that bounces from contemporary feminism to the presidency to unconventional urban living. THIS is a solo performance that may not always be a solo; it is a dance that may not be a dance; it is a comedy that may not always be funny. It is a performance of writing (and reading) that alters to reflect the moment at hand—the venue and location, the current news cycle—and to reflect the experience of time as it is transformed by memory and embellishment, intention and execution. It plays with assumptions about authorship, linear narrative, truth, fiction, failure, and autobiography. Maybe, like it or not, performance is just another form of memoir, and maybe that fact is weird. THIS tries to make a piece of art about trauma while being traumatized by the inadequacy of making art in the current political landscape. Treating both her monologues and the theater as a kind of choreography, Truscott stages her self with impeccable timing. This program will be followed by a DJ set by ​​Shannon Funchess / LIGHT ASYLUM.

Clown Down 2: Clown Out of Water finds Portland’s premiere drag clown, Carla Rossi, trapped on a rock in the middle of the ocean while the sea level rises from melting ice caps. Alone with a seagull afflicted with IBS, Carla encounters the world’s last surviving polar bear, the Great Pacific Garbage Patch, a death metal moon, and Liberace and Liza Minnelli (David Saffert and Jillian Snow Harris) in this multimedia drag farce that utilizes puppetry by Matthew Leavitt, interactive video, Rez Metal by Damage OverDose, and kinetic sculpture by David Eckard—all as Carla navigates climate disaster and the terror and joy of living on an increasingly distressed planet.

PS - This show is co-produced by Risk/Reward, which is a performance presenting organization that is run by our Marketing gal, Katie Watkins!

DREAM A LITTLE DREAM AT JUPITER

See shows that will captivate you, then unwind in the center of it all! Need a place to cozy up and decompress before heading up to your room for the evening? Stop in at Hey Love for a night cap. Autumn at Jupiter Hotel is unparalleled. All we need is YOU. 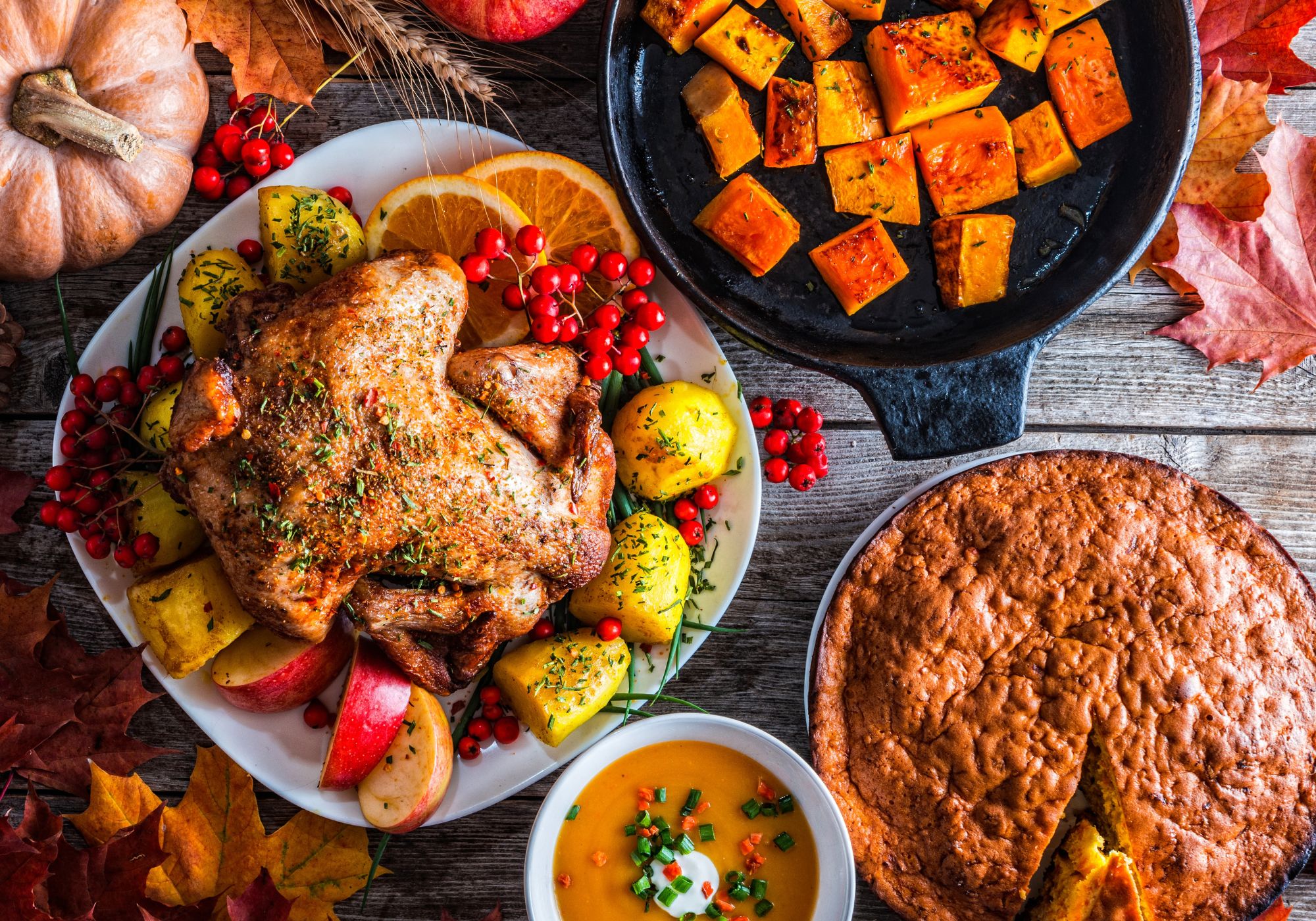 Check out our list of delicious restaurants in Portland serving some of the best Thanksgiving meals you'll ever have.
Read Now

Visiting Portland? Rent a car and get out on the road. Local? Hit up these spots when you have a free day this autumn!
Read Now 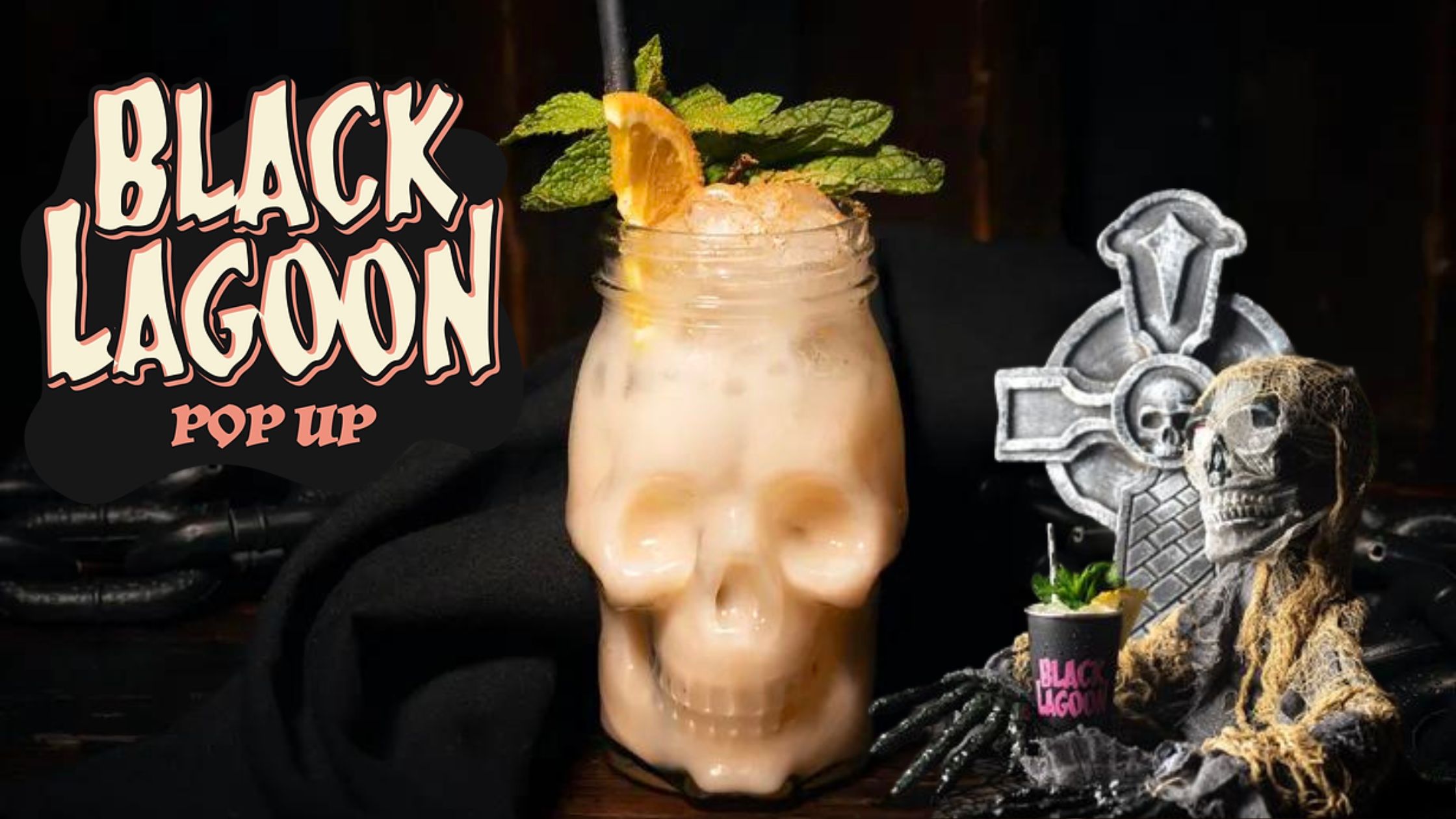 Black Lagoon Pop-Up is taking over the bar, turning Hey Love's lush tropical atmosphere into an eerie wonderland that won't be for the faint-hearted.
Read Now